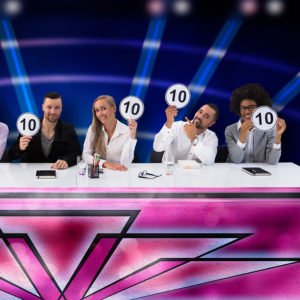 Does this sound familiar? The long-awaited email lands in your inbox — it’s the feedback on that piece of writing. Your stomach ends up in your slippers and you feel slightly clammy. You open the document and start reading. Disaster! Your supervisor clearly hates this piece of work. It’s a sea of red comments and they’re all negative. There’s no choice but to start all over again. This is complete rubbish. You spend the next couple of hours fuming and wondering why on earth you ever started a PhD. You complain to anyone who has the misfortune to ask you how it’s going today.

Later on, you take another peek at that feedback. Having calmed down, you spot a positive comment, even the occasional “this is good”. Those comments that seemed to demand a complete rewrite are just indicating that a sentence needs to be tweaked. “Hmm,” you think, “this isn’t quite as bad as I thought.” Feeling slightly foolish, you start working through the comments and realise that some of them are making your work much better.

It’s still a lot of work, though, so it’s best to have a systematic process for assessing and implementing that feedback.

Read through everything slowly and carefully. Start making notes, keeping any positive comments at the top — this helps you maintain a positive mindset. Flag anything that’s unclear, for instance if you don’t understand what your supervisor is asking/suggesting, or you don’t know how to implement it. You want to be clear on what you’re doing before you start. If there’s a vague comment such as “This needs to sound more academic,” ask your supervisor for clarification.

You’re not asking them to copy-edit your writing, but to give just one example that you can use to meet that standard. This could be an extract from someone else’s work, or a really strong paragraph from your own writing. You can then use this as an anchor point. Maybe they just need to suggest the sort of terminology they’d expect to see. They should illustrate the gap between where you are now and where they expect you to be.

Once you’re clear on what’s required, you can get going. While it might feel efficient to start at the beginning and work your way through comment-by-comment, this is often much harder. Maybe there are a few quick wins at the beginning — correcting some typos or finding a better word — then suddenly there’s a bigger task, such as finding some additional literature. Even worse, a later comment perhaps suggests we delete that whole section we just carefully tweaked. We thought we were flying, now there’s no hope of getting it finished today. This is why you need to triage your feedback.

First, sort your feedback into large, medium, and small tasks. I’ve put them in that order for a reason. You want to tackle the big issues first, as they’ll probably relate to structure and argument. Then you can move on to medium-sized tasks, such as improving the flow. Finally, you tackle the smaller details. You don’t want to be spending your time on stuff you’re going to delete later.

Triaging your feedback in this way:

It’s much better to correct all your citations in one go than to intersperse this rather tedious activity alongside other bigger tasks. You’ll build some momentum and probably find a better way of doing it.

You also want to decide whether to implement that feedback. Feedback is essentially data — some of it is good, some is bad, some is just indifferent. If you’re in the final stages of your PhD, you should be the expert on your particular niche. Although your supervisor will have more experience in the wider field, they haven’t spent as much time with your data and probably haven’t read exactly the same literature. They’re dipping in and out of your project alongside dozens of other commitments.

Unfortunately, supervisors don’t always have time to read everything more than once and they might have forgotten earlier discussions about why you’ve done something in a certain way. A common issue is when a supervisor’s feedback states “You need to add X…”, whereas feedback on an earlier draft said “You need to delete X…” (or vice versa). This tells us three things:

You’re the person who will be defending this thesis. It’s much easier to defend a decision you’ve made yourself. Whereas you should always consider your supervisor’s feedback, you shouldn’t necessarily always implement it. Their suggestion might have been based on a quick glance at your draft when they didn’t have time to think back to previous discussions.

If you do find yourself in this situation, here’s what you can do:

You don’t need to do this triumphantly as though you’ve caught them out. Instead, just point out the conflicting suggestions, state your preferred option, and ask them to confirm your choice.

With a good system and mindset in place, you’ll make significant progress with your thesis. Remember, as a researcher, you need to think critically about everything. And that includes feedback.

Do you need help with getting your thesis ready for submission? Get clear step-by-step advice on improving the structure, flow, and details in this online course. You’ll receive immediate access to videos, transcripts, and resources. Oh, and lots of practical advice to help you make your thesis really shine.

2 thoughts on “Implementing Feedback from Your Supervisor”