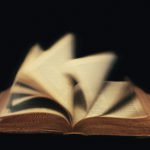 If you’re at all familiar with academic publishing, you’ll know it moves at the pace of a creaky snail. Imagine, then, a team of researchers gathering to plan, write, edit and publish a book in just 4 days. Yes, that’s right – 4 days. I was sceptical, too. Devised by Adam Hyde, the Book Sprint is a process that promotes collaboration and rapid decision-making, helping teams to achieve a lot in a short space of time. Typically, the Sprint is arranged over 5 stages:

5) Publishing – putting everything together and releasing it to the world

A few months ago, I was asked to facilitate a Book Sprint at the University of Sussex. Although undeniably excited, I was also doubtful that it could be done. To add an extra frisson of excitement, we had just 4 days, rather than the usual 5. Over the next few weeks, I devoted many hours to learning everything I could about the process, especially the collected wisdom of previous facilitators. As an experienced trainer, publisher, writer, and project manager, I summoned just about every skill I’d ever used.

In the meantime, the Sussex Research Hive Scholars recruited the team. And what a team! Marian, Tom, Ketan, Myles, Naomi, Alexa, and Eduard were all from different research backgrounds, but united by their interest in the topic of ‘Home’. They were keen to come together and co-write a collection of interdisciplinary essays, covering sociology, mathematics, sound, history, and law. The Sussex Humanities Lab provided us with a perfect space for the Book Sprint, and we were even blessed with sunshine throughout.

Unsurprisingly, everyone (including me) was rather apprehensive on the first day. Would this really work? We had a full schedule of planning activities: thinking about the reader, brainstorming concepts, developing ideas into sketches, then critiquing each other’s ideas. Given the time constraints, this was achieved mainly through silent debate, using Post-It notes and stickers for voting. Everything was tightly scheduled with the help of my giant timer.

Full of lunchtime sandwiches and cake, the Authors got down to outlining their chapters, then the intensive writing began at 2.30pm. Already, they’d done around a year’s work! Two hours later, we stopped for a group review. In pairs, the Authors discussed how their work was going and sought some early feedback.  We had a quick debrief, then everyone went home to rest after the day’s stimulation.

While the first day was all about the planning, Wednesday was for writing – and lots of it. We started with some warm-up exercises, and then the room was alive with the sound of seven keyboards being hammered. After the highly structured format of Tuesday, the Authors suddenly felt exposed. Now familiar with the environment, however, they quickly made progress. By the end of the afternoon, they all had a substantial chunk of writing to discuss in pairs. Although pleased with their achievement, everyone was quite anxious. None of us likes sharing early drafts.

After a relatively relaxed Wednesday, Day Three was more intense. We had to publish a book in just over 24 hours’ time! The pressure might have increased, but the authors were motivated and (mostly) confident of success. There was an excellent team spirit, with lots of mutual support and encouragement. Naomi brought in her stereoscope for us to try, providing fun and discussion. The front cover arrived, too, courtesy of Jade Talbot. This gave everyone a palpable sense that they were actually going to produce a book. Everything was going well.

I was up very early, pacing around and double-checking all the arrangements for the final day. There was so much that needed to happen. The Authors were initially relaxed, all convinced they’d easily meet the midday deadline. As the giant timer counted down, the ease dribbled out of the room and seven pairs of eyes followed me anxiously. However, one by one, there were shrieks of triumph as the Authors completed their chapters. They couldn’t relax yet, though. We had to work together to produce the introduction and conclusion, while Library staff began a marathon of formatting and proofreading.

Nicely warmed from the Sprint, the Authors swiftly wrote the final pieces and then became officially excitable. While they enjoyed some well-earned relaxation in the garden, the Library staff worked through the final stages. At 7pm, the book finally went live, complete with cover and ISBN. Corks were popped, and medals distributed – this was an impressive achievement by the Authors. They did it.

How did it work?

​As facilitator, I didn’t get involved in the writing or the editing of the book. Indeed, I had to remain impartial at all times. My role was to look after the humans and the process. Although maintaining that kind of detachment is tricky, it allowed me to maintain an overall sense of how it was going, monitor progress and troubleshoot any problems before they became disruptive or distracting. I kept watch on the time and co-ordinated the various elements of the Book Sprint. This meant the Authors could just focus on the content creation.

The crucial job in the early stages was to keep the discussions moving and reach decisions speedily. There was no room for lengthy academic debate. Everything was captured on flipchart paper and stuck to the walls. This visible ‘collective brain’ ensured we never lost sight of what needed to be done.

We were helped immensely by phenomenal support from the Library Staff. They coached the Authors on referencing styles, resolved a seemingly intractable copyright problem at lightning speed, and also shepherded the book through the final stages.

Although the Authors successfully completed and published the book, this was a tough challenge. There probably wasn’t a point during the week when we all really thought this could be done. I think this was the first successful academic Book Sprint in the UK. Most Book Sprints are ‘extractive’ – i.e. authors are disgorging what they already know about a topic, to document a process or to produce a software manual; our event was ‘generative’, as the authors were generating something from nothing. In most Book Sprints, the chapters are co-authored, too: this means everyone gets involved in every chapter. Due to the disciplinary differences, this wasn’t an option for us. While this made it easier for authors to build momentum with their individual project (and reduced the need for debate), it did make them feel more vulnerable. It would be abundantly clear exactly who had written each chapter – a chapter they’d written in a few days.

The software also presented challenges. We used BookType, a clever tool for writing, formatting, and publishing books. Although it was perfect for producing the book, we initially struggled with the unfamiliar workflow and a frustratingly slow internet connection.

Inevitably, there were blips and panics, but this was a hugely successful Book Sprint. By overcoming procrastination and perfectionism, the Authors were able to achieve more than they’d ever thought possible. Having run Thesis Boot Camp many times, I knew that in the right conditions it was feasible to squeeze out a vast number of words, but that’s never (yet!) involved anyone actually submitting their PhD on the Sunday evening. But collaboration among the Authors and support staff, along with a clear aim, brought us a finished book. You can read it here.

Having seen the Book Sprint methodology in action, I believe it has enormous potential. Not only can it help produce books in a fraction of the usual timescales, but it could also be applied to journal issues, grant writing, and all the other activities that tend to drag on for longer than necessary. Admittedly, 4 days is uncomfortably fast, but they jolly well did it.

If you’d like a chat about hosting a Writing Sprint at your own institution, please get in touch.