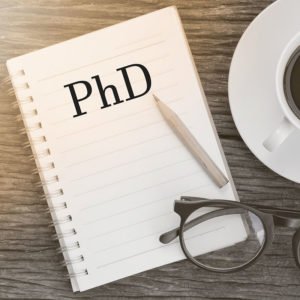 If you’re an academic researcher, you’re also a professional writer. And if you’re a professional writer, then you’re probably suffering from a range of health problems. Most of us spend a lot of time hunched over our desks, so engrossed in work that we give no thought to the long-term consequences. Joanna Penn’s new book The Healthy Writer is based partly on survey responses from 1,100 writers, who reported stress, back pain, weight gain, anxiety, depression, headaches, and Repetitive Strain Injury (RSI). I’ve heard very similar stories from attendees at my workshops and writing retreats.

In this post, I’m going to share some of my writing-related health problems, along with a few tips on how you can look after yourself.

I learned the hard way. Eleven years ago, I was studying part-time for my MA and working full-time as a web manager. This meant long days spent coding at my desk, followed by 2-3 hours of scribbling at the dining table in the evening. I was completely sedentary. I’d been affected sporadically by muscle spasms in my lower back, but then it got much worse: I ruptured a lumbar disc. Essentially it exploded, and the stuff inside wrapped around my sciatic nerve. I could barely move and it felt as though my left leg was immersed in a barrel of paint stripper. I’ve been reliably informed by two women that this type of injury is precisely 11 times more painful than childbirth. I won’t be conducting any further empirical research, so am happy to accept their claim. I was in agony for six long months and it took several years to resume a normal life.

Although my back is much better, I’ve been left with permanent nerve damage and a rather unpredictable left leg. Fortunately, I’ve never been a sporty type, and the pain responds well to gin and crisps. It’s taken me a while to develop good habits, and recidivism is usually swiftly punished with unbearable pain and sometimes a trip to A&E. Three years ago, I decided to make my health a top priority. Since then, my lower back has been pain-free. If you’re a fellow sufferer, you’ll know how miraculous that must feel.

So, here are my tips for looking after your wellbeing.

I know it’s tempting to put in a long session at your desk, especially if you’re facing a tight deadline. But sitting in one position for hours (especially when you’re tense) is bad for you. And you’re probably not being productive, either. It’s a good idea to stand up and stretch at least once an hour. Set a timer, as you won’t remember to do it. I try not to sit for longer than 25 minutes (I use the Pomodoro Technique), as this is the point at which my body starts to grumble.

Yes, I’d much rather immerse myself in writing for long stretches, but it’s just not worth it.

2. Get a standing desk

Standing desks are very on trend at the moment, which is often a good reason to ignore something. Although the medical research is inconclusive, there’s plenty of anecdotal evidence to suggest they can help.

I finally relented last year, after insisting that vertical writing was a preposterous idea. I secretly hoped to be vindicated but was converted by my experience. I invested in a cheapish contraption that sits on top of my existing desk. I use this for all my typing, and only sit down when writing longhand. This has helped my posture and also reduced strain in my neck and shoulders. Probably the biggest benefit, though, is improved focus. When you’re standing up, you really have to pay attention to keep yourself upright. If we’re sat at a desk, it’s easy to start slouching and enter a fugue-like state.

Standing is also tiring, so I tend to plan specific tasks on the PC, and not just fiddle about on the internet. My legs definitely hurt if I spend more than 4 hours a day in an upright position (I also look like a giant meerkat), so it forces me to pace myself. I also invested in an anti-fatigue mat. This is a thick rubber mat that reduces the impact on your joints when you’re standing for long periods of time. Apparently, hairdressers often use them. You probably don’t need one if you’re wearing cushioned shoes when at your desk.

There are hundreds of different standing desks available, for all budgets. Mine cost around £100 and I’m fairly happy with it. Supposedly, it’s adjustable, so I could use it in either a sitting or standing position. However, it’s a complete faff to move the sections around and also quite dangerous if you have a heavy monitor. I leave it permanently in a standing position. I struggled to find one that was tall enough for me. I’m just over 6ft tall. With my anti-fatigue mat and shoes, I’m probably 6ft 3in. Some of the desks I investigated were only suitable for people 5ft 10in and under. It’s very important to check the specification and to read user reviews.

You can get fancy motorised desks that whizz up and down, but they’re much more expensive – around £600. I considered investing in one, but it would’ve been almost impossible to get it up the stairs of my Victorian cottage. I also learned from Joanna Penn that the motors tend to wear out quite quickly. I’m planning to revamp my workspace this year and will probably invest in a wooden desk from Humbleworks. These models look good, are fully adjustable, and also fold away.

3. Rethink your mouse and keyboard

Even if you’ve been spared the misery of back pain, you might have suffered from Repetitive Strain Injury. This affects many deskbound workers, sometimes to an agonising degree. Often the culprit is your mouse or keyboard.

After noticing neck pain a few years ago, my physiotherapist deduced it was caused by my outstretched mouse arm. I was doing quite a bit of design work at the time, which meant bouts of frantic activity and a lot of pressure on my tendons. I invested in a RollerMouse, a device that sits under your keyboard and allows you to perform mousey tasks without having to move your hands away. There a roller under my spacebar, and some programmable buttons for right-clicking. It certainly took a while to get used to it, but the neck pain disappeared very quickly.

If you’re an employee, you can ask for a workstation assessment from an occupational therapist. They can advise you on suitable equipment for your particular circumstances. For those of us who are self-employed or setting up a home office, this stuff is expensive. But, it’s cost me much less than I’ve spent on physiotherapy over the last decade. Plus, I don’t want to think of all those lost earnings when I was lying on the lounge floor with an ice pack down my trousers.

In case you’re already lying on the lounge floor, or otherwise incapacitated, take a look at my post on using voice recognition software. You should also visit the Simple Back Pain website.

Don’t forget, you’re a professional writer, and professionals invest in the right tools for the job. They also look after their most important assets: their minds and bodies. I speak to many academics who accept physical pain as a way of life, but it doesn’t need to be this way! Please take care of yourselves.

1 thought on “How to Become a Healthy Writer”